Let Your Mind Run: A Memoir of Thinking My Way to Victory by Deena Kastor, Michelle Hamilton, narrated by Deena Kastor.  Try Audible and get it here: https://www.audible.com/pd?asin=B07CCZFF7L&source_code=ASSORAP0511160006 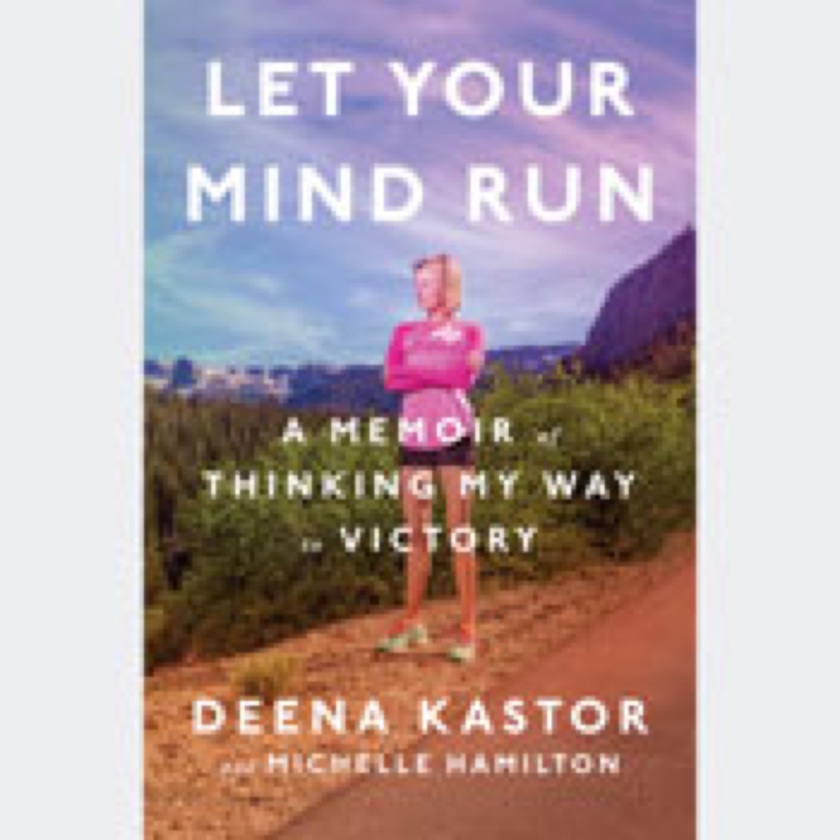 As I took my place inside of the circle, the woman next to me asked, “Are you a runner? My dad is and he has gear like yours.” I stumbled with my reply, mumbling something about wanting to be, used to be, hope to be again. Thankfully the tone of the meditation bowl sounded and I was off the hook.

It’s not that I’m adverse to the idea of being called a runner. Or even against claiming the mantle. I just have this notion that being a runner is more than putting on some colorful ASIC shoes and cool running clothes.

In my mind, being a runner is logging the miles, embracing the suck, living healthy AND the cool swag. Or as legendary running Coach Joe Vigil described it, “Living the athlete’s life.” Unfortunately at this time the only thing I can check off that list is the swag.

The last time I laced up my shoes to “compete” was June of 2016 when I ran the Grandma’s Marathon for the third time.  I finished in a personal record of 6+ hours (record as in the longest it has taken me to run 26.2 miles).  It was agonizing and exilerating and fulfilling and humbling all at the same time.  Even after finishing I couldn’t find it in me to say I was a runner.

Since that time, I have continued the struggle.  Prior to running the marathon, I had struggled to get in any of my scheduled training runs, struggled to find a happy place, struggled to do anything resembling that of the life of an athlete, let alone a runner.

Trust me, I intend to be a runner again someday.  I just need that little shove that gets me over the starting line.  That little impetunce that motivates me to give me permission to be selfish and spend the time I crave, alone, on the road with my thoughts and the suck.

I am constantly looking for the sign that tells me I am ready to join the most positive people on the planet.  The legions of men and women who take to the streets and trials and roads of their neighborhoods to live the life of an athlete.

New gear?  That often helps.  New goals?  They often help.  New gratitude?  That often inspires.  None of it ever seems to last longer than a three day binge of getting out the door, running two miles, feeling great about my ability to clock twenty eight minutes of activity and then finding an excuse to miss the next two miler.

To say I am helpless/hopeless would be an understatement.  I am both in spades.  I feel as if I am beyond help, unreachable by the longest life line.  Beyond hope, it seems not even the grace of God himself can save me from this black hole of a lost soul.

That is until I listened to Deena Kastor and her amazing story of the power of positive.  Her retelling of the events of her running life and how, in those moments of doubt, she used positive affirmations and belief in herself to overcome obstacles that I, on my daily runs, have and do experience.

Possibly the most important thing Deena did was give me permission as well as a way to say I am a runner.  Quite simply, just claim it.  I AM A RUNNER!

Thank you Deena Kastor, your book is my new favorite.  I look forward to taking you with me on many runs, being inspired by your words of encouragement and coached on the ways to over come the small obstacles using positivity.

Still trying to figure this out. View all posts by Brian Hill